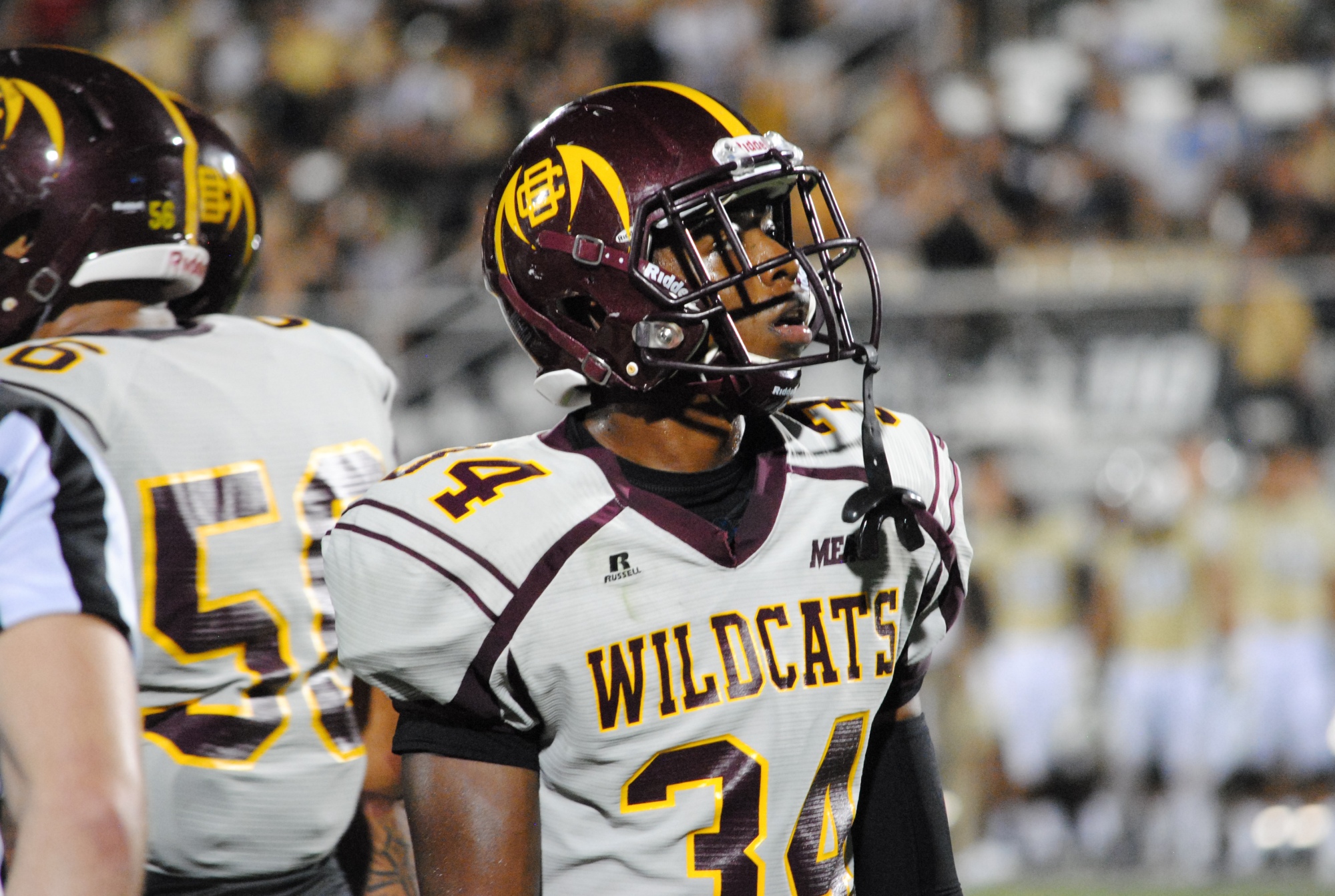 The Pirates entered the game with only 2 wins and averaged 20 points per game. By night’s end, HU secured their 3rd victory of the season and doubled their points per game average.

Antoine completed 21 of 34 passes for a career-high 249 yards and five touchdowns.

Antoine and his Pirates capitalized on an early BCU turnover to get on the board first. Quentin Williams was sacked on the game’s third snap and defensive lineman Robert Copeland scooped up the loose ball deep in Wildcat territory.

Bethune-Cookman gave the Pirates prime field position again later in the quarter on a botched punt and the Pirates cashed in thanks to a 29-yard field goal from 1st team All-MEAC place kicker Anthony Prevost to go up 10-0 at the 6:43 mark.

Hampton answered with a 10-play, 77-yard drive, taking a 16-7 lead with 1:41 left in the quarter after Antoine hit Gooding from 21 yards out. Anthony Jordan capped off a busy first quarter with a 51-yard touchdown run, cutting Hampton’s lead to 16-14 at the 1:13 mark.

The Pirates marched down the field, going 74 yards in eight plays, before Antoine hit redshirt sophomore wide receiver Twarn Mixson from 19 yards out to put Hampton up 23-14 with 8:34 left in the half.

Antoine threw another touchdown pass with 2:07 left in the half, hooking up with Riddick on an 18-yard score to give Hampton a 30-14 lead.

Bethune-Cookman scored with 18 seconds left in the half, cutting Hampton’s lead to 30-21 on a 2-yard run from Anthony.

Antoine connected with Riddick again from nine yards out with 5:29 left in the third quarter to push the Pirates ahead  37-21.  Anthony Jordan cut the lead to 37-28 with a 13-yard touchdown run at the 3:31 mark of the third quarter.

A 4-yard run from Larry Brihm with 5:28 to go cut the lead to 40-35, and the Wildcats had the ball in the waning seconds, but time expired before Bethune-Cookman could take one last shot at the end zone.

The Wildcats surrendered seven sacks on the night.  The loss all but foiled any playoff hopes for BCU.