If you have spent any time in or around Daytona Beach since the beginning of this decade, you know there are three constants on which you can bank.

1 ~ the deliciousness of an order of Honey Wings from Bethune Grill; (love those)

3 ~ Bethune-Cookman ending the season atop the MEAC standings. 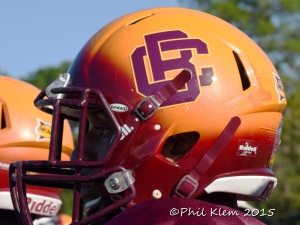 The Wildcats have won or shared the MEAC crown in all but one year this decade. They have averaged over 9 wins a season in that span, produced MEAC Player of the Year awardees on both sides of the ball, sent talent on to the professional ranks…….well you get the point. BCU football has been pretty dang good since 2010 and this year should be no exception.

Terry Sims (9-2 in 2015) enters his second season with much of his 2015 MEAC Co-Championship team still intact. Sims’ squad returns 7 offensive starters, as many on defense, the punter, placekicker, return specialists, Elvis, Bigfoot, ‘eerybody’ is back for the party. Simply put, the talent is in place for BCU to make yet another run at the conference crown and perhaps earn their first ever trip to the Celebration Bowl in Atlanta. 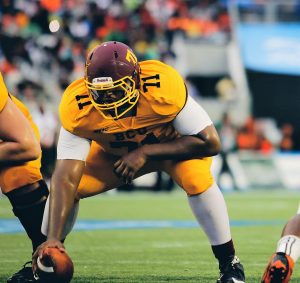 The Wildcats led the conference in several offensive categories a season ago including Scoring Offense (31.4 ppg) and Total Offense (445 ypg).  Trevin Huff, Phillip Norman and Dazzie Morris return as starters along the offensive front. The trio will try to help set the stage for BCU’s high powered offense. Job Buissereth (6’4”, 325) and David Bryant (6’7”, 336) will look to anchor the right side of the line. Ja-Quan Lumas and Michael Boland are both expected to see regular action at the tight end position. Lumas finished the year with 3 receiving touchdowns and could see more red zone targets this year.

Larry Brihm has had flashes of brilliance for BCU (think 2014 Florida Classic and 2015 comeback win against Grambling State). His experience in Jim Pry’s offense makes him the favorite to take over the reins at quarterback for the now departed Quentin Williams. Brihm will need to show more consistency in the pocket if he plans to remain the unquestioned primary signal caller throughout the course of the season. Redshirt freshman Arkevious Williams and JUCO transfer Anthony Cruz will look to challenge Brihm for snaps. 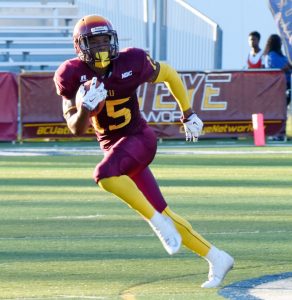 Wide receiver is easily BCU’s deepest position. JaWill Davis , Frank Brown, Keavon Mitchell, Jontavious Carter, and Jaime Wilson have all had great moments in Maroon and Gold jerseys. Davis (39 rec, 6 TDs) is perhaps the best deep threat of the bunch while Brown (30 rec, 6 TDs), is the most reliable route runner and pass catcher of the crew. Travares Copeland is a North Carolina State transfer looking to add his name in the mix of this already talented bunch. Copeland can be dynamic with the ball in his hands and has the ability to contribute as a receiver, return specialist or ball carrier.

Speaking of ball carriers, Michael Jones has evolved from former walk-on into a Preseason All-MEAC 1st Team running back. Jones is a multidimensional player who contributes in both the run and pass game. In fact, he led the Wildcats in All-Purpose yards (880) a season ago. Freshman Tupac Isme and Marcus Levy should also find regular minutes in the backfield.

The Wildcats return all four starters as well as their first line rotational guys along the defensive front. Kevin Thompson and Todney Evans developed nicely as last season progressed and both look physically stronger this year. Thompson and Evans have exceptional athleticism and quickness at the defensive end position. Both have a chance to be stars in this league if they can meet the physicality demands of the position. DaMarcus Womack weighs in at 6’3”, 350 pounds. He along with the familiar faces of Jamal Thomas, DiShawn Ray and Anthony Meyer will look to plug the middle of the defense more consistently than we saw a year ago. Malik Slaughter was a highly touted JUCO player who is now looking to be an impact player at the FCS level. 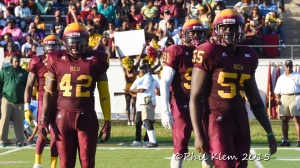 All-MEAC Preseason selectee Trenton Bridges’ responsibilities will extend far beyond bringing down opposing running backs when he line up at middle linebacker this year. Bridges will be counted upon to make the right defensive checks and for leading a linebacking crew that will feature first year starters flanking him on both sides. Atreyu Farrior, Werley Placide and Veion Robinson have first dibs at making their names as starters in Yogi Jones’ defense.

Diquan Richardson is the leader of a secondary that is expected to be much improved in 2016. Arthur Williams provides BCU with some much needed length at corner while Sophomore Elliott Miller is a speedy cover guy who looks to build on a solid 2015 campaign. Former cornerback and UCF product Jeremy Davis switches to safety.

Another year of seasoning  should help this year’s Wildcat defense rebound from a season that saw them fall to the middle of the pack in most defensive categories.

Coach Sims and his 4 time defending MEAC championship squad kick things off this Sunday at 1:00 against Alcorn State in the 12th Annual MEAC/SWAC Challenge. The game will be televised on ESPN and streamed on WatchESPN.