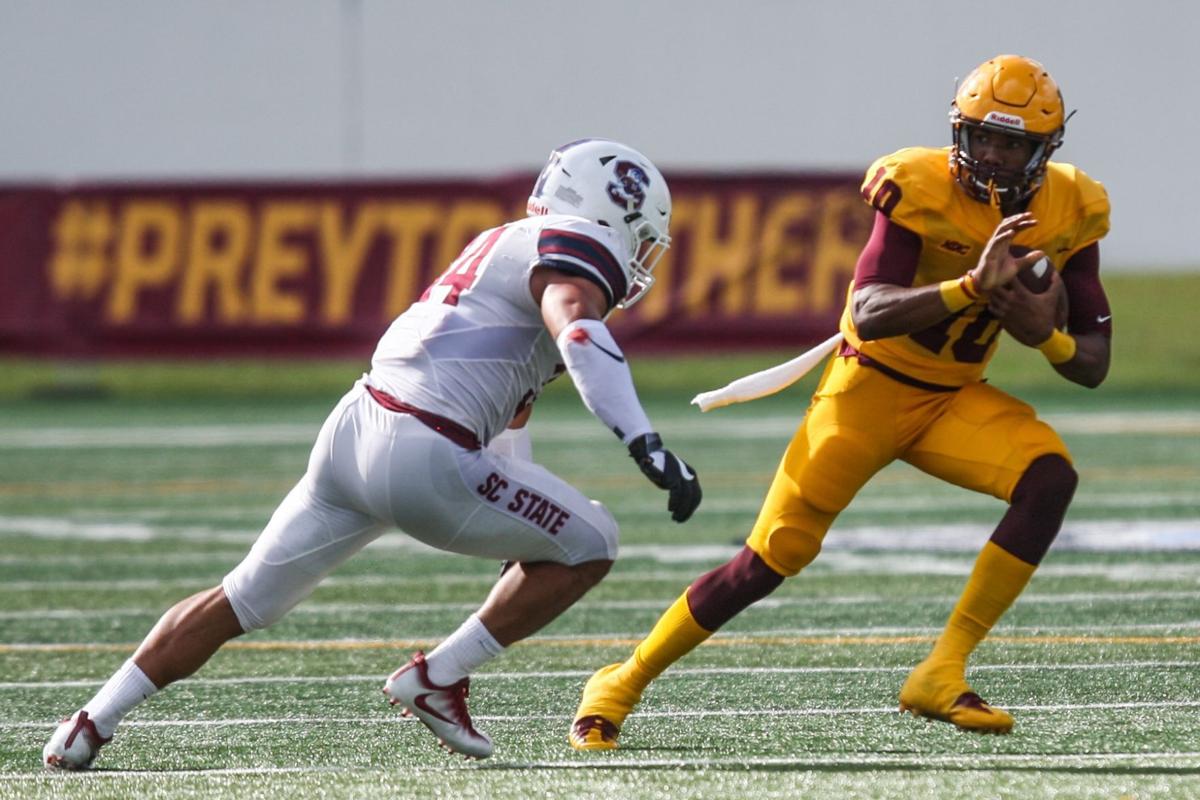 For those of us who were raised in decent homes, you can quote at least half a dozen proverbs and wise-sayings you heard on a recurring basis. The purpose behind these truisms were to impart wisdom you could apply that would help you minimize your disappointments and frustrations in life. Unfortunately I violated one of these valuable axioms when I posed the question Who Are We just before the kickoff to the 2018 season.

You see my mama always told me “boy don’t ask a question you’re not prepared to hear the answer to!” Yet before the season I asked the question anyway…Who Are We?

I knew the answer before asking but I chose to close my eyes real tight and wish really hard that I would receive an answer different than the obvious. Then the season kicked off and after two-thirds of the way through, the answer is screaming at me louder than Jack Nicholas in ‘A Few Good Men’.

The truth is at this point of the 2018 season and at this point in head coach Terry Sims tenure, Bethune-Cookman is a middle of the road MEAC team. If you think differently, you are naïve, delusional and/or just plain wrong.

Don’t misquote me, the Wildcats are not a bad team. They still have enough talent on both sides of the ball to give anyone in this conference a headache. However, they certainly are not an elite team. They play the type of game that allow lower rung teams to hang around in contests until very late on and they sometimes get blown out of contests their talent level should cause them to be more competitive in. (Think Tennessee State and North Carolina A&T).

This is not a knee-jerk reaction and we are not jumping ship. Truth is a blessing. The truth is the HailWildcats.com team has attended nearly every game both home and away of the Sims era. After 3.67 seasons of observation, our conclusion is BCU is what their record say they are:

…good enough to pull off a victory over one of the teams near the top of the standings every now and then;

…not good enough to beat teams like Howard and North Carolina A&T with regularity;

…not good enough to be a late season contender for the MEAC crown.

Take Saturday’s 35-10 defeat to the Aggies as the measuring stick. The loss marked the 4th defeat in four years against A&T. Coach Sims was asked what needed to be done to narrow the chasm between the Wildcats and Aggies to which Sims replied “the gap is not that wide as far as I am concerned.” Sure the Wildcats woulda, coulda and shouda won the matchups in 2015, ’16 and ’17. The fact is they did not. North Carolina A&T made the plays that led to victory.

Last Saturday, they were two steps ahead of Bethune in every phase of the game. It shows the distance A&T have created between themselves and BCU since 2015. NCA&T have a multitude of quality wins in that timeframe including wins over 3 FBS schools (Kent State, Eastern Carolina and Charlotte) as well as a host of FCS foes including Top 25 teams like Jacksonville State and Grambling St. During that same timeframe, the Wildcats have one quality win over a good Grambling State in 2015…two if you count the win over 6-5 SE Louisiana last season but that is a stretch.

The point is last week’s contest against NCA&T was a reminder of the power shift in the MEAC but it was also a measuring stick of who BCU were, who they are and who they would like to become again.

I hope it happens.

I want the MEAC crown to return to Daytona and flow through ‘Da Beach’ each season.

The players and coaches are not afforded the luxury of hope though. They are measured by performance and perform they must in the last third of the season. Not because a championship is on the line but simply to save the season. It is not out of the realm of possibility that the Wildcats could fail to reach .500 this year; or dare I say, fall in the Florida Classic. That’s sacrilegious I know but the Wildcats currently sit at 4-4 and they only have 3 winnable games remaining. 7-5 is attainable and still respectable. Anything less than that is a disappointment in my opinion.

Reaching 7-5 will be no easy feat when you consider the Wildcats will not have a bye week this season due to the late addition of Nebraska. To compound matters, starting quarterback Arkevious Williams has been the engine that makes the Wildcats go offensively. He suffered a leg injury in Saturday’s contest and we have yet to hear an official diagnosis on the injury.

Here’s to a speedy recover to Arkevious and strong finish for the Wildcats.