Former Wildcat quarterback great Allen Suber has accepted a coaching position with the University of Massachusetts.

The precocious coach served as BCU’s wide receivers coach in 2010 and 2011 and recruiting coordinator this past season.  He joins the Minutemen as they complete their transition to a full FBS and MAC schedule in 2012. 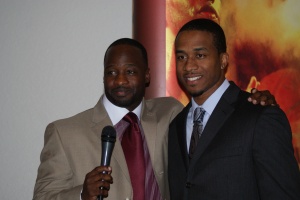 “Suberman” earned his moniker by making the seemingly impossible look routine in his playing days.  He was a 2003 Walter Payton Award finalist and is the Wildcats’ all-time leader in rushing yards (2,897) and touchdowns (39).  He has been recognized as one of the 50 Greatest Players in MEAC history.